Judy Carter doesn’t like to brag, but she did write the Bible. No joke, she’s the author of “The Comedy Bible” (Simon & Schuster) and  “The Message of You: Turn Your Life Story into a Money-Making Speaking Career” (St. Martin’s Press), teaches readers how to use speaking to increase their business and income. Her next book, “The NEW Comedy Bible” is coming out January 2020. 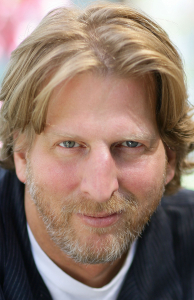 Barry Katz is a TV-Film producer, manager of comedy talent, as well as universally known for helping launch the careers of some of the most extraordinary comedy artists in the business—including Tracy Morgan, Dave Chappelle, Bill Burr, and Whitney Cummings. Katz has executive produced over 50 different TV stand-up specials, documentaries, reality & scripted series. Additionally, he has brokered an unprecedented 100 TV development deals during his career while creating 3 television shows of his own. He’s also the host of Industry Standard, weekly podcast that features an insider’s look at Hollywood from a totally different perspective.

Many comics wonder, “I’ve been performing a long time. I got good. I’m getting laughs so why isn’t my career taking off?”

If you want to know how to catapult your comedy career, you’ll want to attend this free webinar with comedy manager, Barry Katz.  Barry Katz is universally known for helping launch the careers of some of the most extraordinary comedy artists in the business—including Dane Cook, Tracy Morgan, Dave Chappelle, Bill Burr, and Whitney Cummings.

In this free webinar, he generously gives of his time to help comics answer these questions: